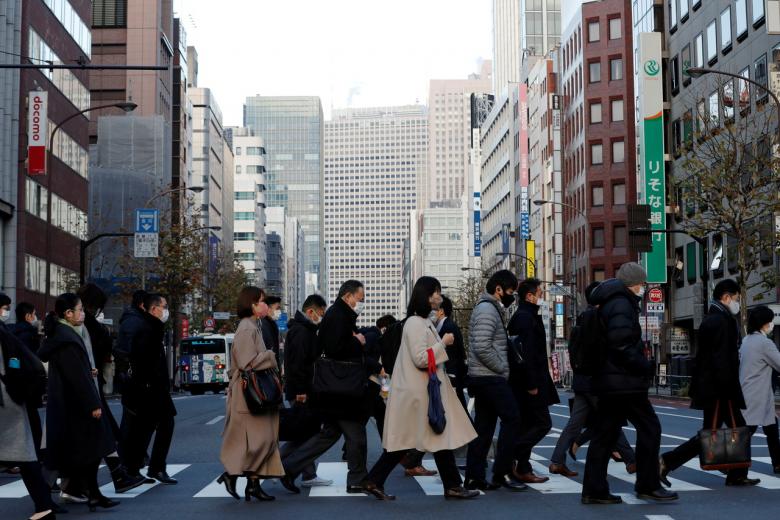 TOKYO (BLOOMBERG) – Japan last year had the fewest bankruptcies in a half century.

That’s how well the government’s response to the Covid-19 pandemic has worked in keeping businesses afloat and people employed.

But economists warn there may be a darker side. Zero-interest loans and subsidies may have also helped prop up firms that were already non-performing before the crisis and probably should have been left to go under.

While policy makers everywhere have trouble providing just the right amount of aid during a crisis, Japan has a long history of easy credit that’s been blamed for keeping “zombie” firms alive. It’s worsened labour shortages and created unhealthy competition that’s put downward pressure on prices even in normal times.

“Even before the pandemic, we had the problem that a low-yield environment was creating more zombie firms,” said economist Shotaro Kugo at Daiwa Institute of Research. “They bring down the potential growth rate and can even sap the impact of monetary easing.”

Japan is hardly the only country that has kept firms going. A study by the Organisation for Economic Cooperation and Development in the mid-2010s showed zombies – defined as businesses with persistent difficulties paying interest on debt – were a cause of slowing productivity and sluggish growth across the developed world.

In Japan, though, the scale of recent aid has been extraordinary.

Since the height of the pandemic, the Bank of Japan has lent US$830 billion (S$1.12 trillion) to help firms, an amount that would cover all the debts of the country’s bankruptcies since June 2002, according to a comparison of the BOJ’s balance sheet and data from Tokyo Shoko Research, which tallies Japan’s business failures.

The BOJ’s Covid-era funding measures, which the bank in December extended for a fourth time for smaller firms, come on top of a web of government programs that include no-collateral-no-interest loans, subsidies and cash handouts.

“It’s worrying that policy makers continue to intervene,” said Kenichi Ueda, an economics professor at the University of Tokyo who argues the government should have left banks to decide which businesses to support, rather than offering blanket aid. “It’s a waste.”

It’s also a big reason that Japan has weathered the pandemic better than most other major economies, with unemployment never going above 3.1 per cent and the fewest bankruptcies since 1966, a period when Japanese growth was roaring, figures from research firm Teikoku Databank show.

For Prime Minister Fumio Kishida, deciding when to pull back aid will be all the harder because he came to power promising a kinder, gentler brand of capitalism.

He won’t want to do anything that could be perceived as taking away support for the vulnerable, especially not with elections coming this summer and the economy still shaky.

MORE ON THIS TOPIC
Quietly, Japan is on the move
As Japan kicks off wage talks, policymakers face heat for ‘bad’ inflation

Analysts have been expecting growth to finally take firm hold this year, but a recent surge in virus cases could set progress back yet again. Quasi-emergencies were declared for Tokyo and most other major business centers last week.

Given that reality, Japan is absolutely not at a stage where support can be withdrawn, says Daiwa’s Mr Kugo. But policy makers still run the risk of turning off the aid spigot too late, he says, adding that public support for continued help makes it politically hard to stop it.

“At some point there’s definitely going to be a moment for lessening government support,” Kugo said. “This is very key, but Japan tends to be bad at it.”