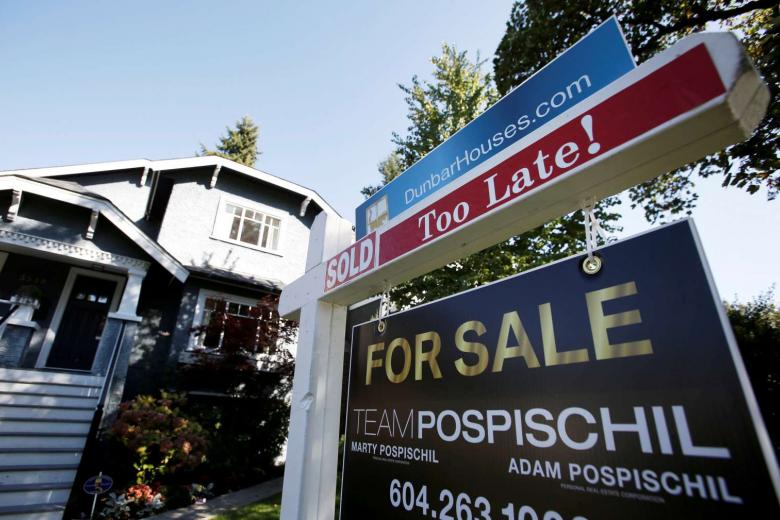 VANCOUVER (BLOOMBERG) – Vancouver’s multimillion-dollar homes are increasingly out of reach for Vancouverites. And nothing speaks to the Canadian city’s affordability crisis more than its empty houses.

Vacant or temporarily occupied dwellings have more than doubled since 2001 to 66,719 last year as neighborhoods are hollowing out, said Andy Yan, director of Simon Fraser University’s City Program, who analyzed census data for Metro Vancouver released on Wednesday (Feb 8).

Public scrutiny has focused on landlords, particularly from abroad, who park their cash in investment properties where windows remain dark throughout the year.

Vancouver introduced a new tax on empty homes last month aimed at boosting the supply of rentals in a city facing a near-zero vacancy rate. The province also imposed a 15 per cent tax on foreign buyers last August after discovering more than C$1 billion (S$1.08 billion) of global cash had flowed into local properties over a five-week period.

“It’s unacceptable for so much housing to be treated as a commodity,” Vancouver Mayor Gregor Robertson said in a statement Thursday. “Housing is for homes first, and as investments second. Vancouver will continue to do all it can to maintain and protect affordable homes, and pursue all tools available to ensure the best use of all our housing.”

Concerns are growing that the Pacific Coast city – long a magnet for global cash – is turning into a playground for the rich as luxury real estate squeezes industry and prices out the middle class. The provincial economy leads Canadian growth and job creation, yet its public schools are suffering from declining enrollment and households earn below the national median. Businesses using Canada’s largest port struggle to carve out space, while low-wage service sector jobs cater to wealthy retirees and tourists.

Policymakers and real estate experts are increasingly calling for more housing supply and greater density near the city centre to boost productivity and temper prices. Yet the latest census figures show the opposite may be happening.

The number of residents on Vancouver’s west side – long favored by families and an easy commute to downtown – has fallen 3 per cent since 2001, in contrast to 5 per cent growth in population across the whole city, Yan said. The median single-family house can cost as much as C$4.9 million in that area – about 65 times Vancouver’s median household income. David Eby, a member of British Columbia’s legislative assembly, last year identified C$57.1 million worth of residences bought by students reporting no income in his west-side district of Point Grey.

Such neighborhoods “have become just luxury items like Ferraris,” said Yan. “They’re not affordable for most local incomes.”