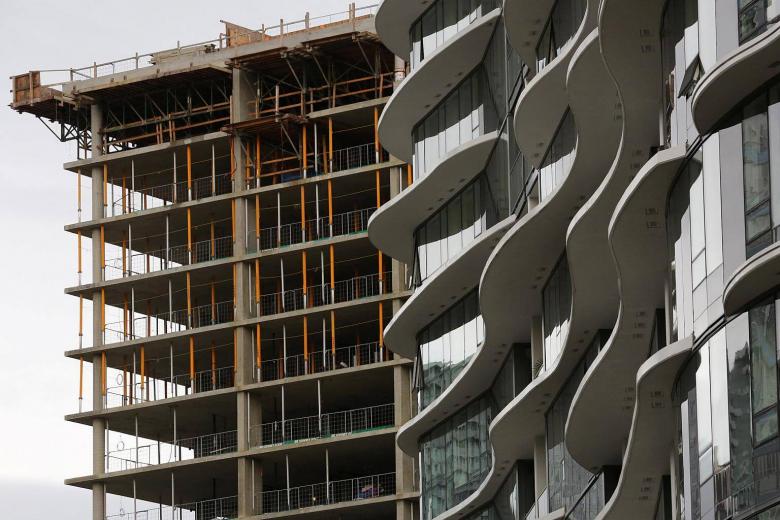 VANCOUVER (REUTERS) – The condominium market has turned red-hot in Vancouver, with agents saying local and offshore buyers are snapping up units that are not yet completed, even as a foreign buyer tax has sent detached home sales plunging.

Condo prices have escalated so quickly that some owners are flipping their units before construction is finished, a move that allows foreign buyers to capitalize on price gains without having to pay the province of British Columbia’s 15 per cent levy implemented last year for Vancouver real estate transactions.

The flipping fever is a sign of creeping speculation in the city’s condo market, a trend experts say further chips away at affordability and could lead to a crash if market conditions change.

Prices for preconstruction condo units, or presales, are not public but a new Urban Analytics report provided to Reuters shows they have nearly doubled in downtown Vancouver since the end of 2015. Resale condo prices have risen 33 per cent nationally in that time.

The hottest segment consists of small units that appeal to first-time buyers and investors, agents said, with people camping outside sales offices for days to try to make a purchase.”The pace of sales right now is like nothing I’ve ever seen before, and I’ve been in this industry for 10 years,” said Vancouver agent Amar Pal, who specialises in presales.

As a result, the number of available move-in ready new condos dropped to a decade low of just 31 units this year and now sits at 84, down from a high of 2,217 in 2013, according to Urban Analytics.

With demand high and investors eager to capitalize on escalating prices, a flurry of still-unfinished condos is being dumped on the shadow “assignment market”, where owners sell their purchase contracts to new buyers, according to agents and industry experts.”I refer to flippers and assigners as the ‘scalpers of real estate’ because they are taking advantage of the limited supply,” said Urban Analytics principal Michael Ferreira, noting the need for new inventory to quell speculation.

Presale flipping has become so rampant that Vancouver developer Reliance Properties is charging a 25 per cent fee on any profit buyers make from selling their units before completion.

The assignment market also provides a loophole for offshore investors to avoid the foreign buyer tax, which only applies to land titles – and there is no land title until construction is finished.

Under pressure to crack down on presale flipping, British Columbia’s government says it is reviewing its policy “to close speculation loopholes, and reduce tax fraud” in real estate.

Such a clampdown would be the latest blow to foreign buyers, whom Vancouver developers and real estate agents have long courted but whom locals blame for the city’s runaway housing market.

Before the foreign buyer tax, sales agents say investors in Hong Kong, China and other parts of Asia were acquiring up to 40 per cent of Vancouver condo projects marketed abroad, absorbing the more expensive units that domestic buyers could not afford.

That buying pool has been trimmed.

“I think the whole offshore (Canadian) market lost about half its customers,” said David Hui, a sales director at Centaline Property Agency in Hong Kong, adding that offshore buyers with ties to Canada are still investing.

“All that high-end luxury stuff is dependent on foreign money,” Saretsky said. “I have a tough time believing they’ll be able to fill it locally. It’s just too expensive.”