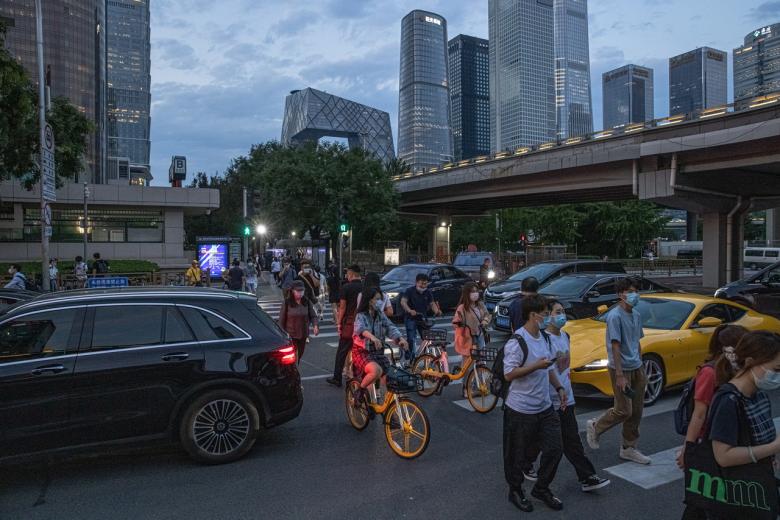 SINGAPORE – All eyes have been on China lately. Beijing’s new vision to achieve “common prosperity” is raising alarm over a broader, longer-lasting regulatory crackdown and a vast wealth redistribution.

About US$1 trillion (S$1.34 trillion) has been wiped from technology sector valuations, and many investors, including long-term China backers, have paused funding activities.

Startling as this has been for investors, Beijing’s deeper ambitions for more sustainable development and inclusive growth will bring about both winners and losers as the strategy unfolds.

Case in point, even as China’s Internet sector is getting battered, other innovative areas aligned with the new policy direction are surging ahead, like 5G, greentech and new mobility. Elsewhere in Asia, the swift vaccination pace is breathing new life into the region’s reopening and reflation trades.

Finally, vaccination rates have markedly improved over the past four months. Asia’s equity markets will likely remain volatile amid the ebb and flow of coronavirus cases and China’s policy updates.

This environment does not call for a move to cash, but it does require selectivity and a mindset that focuses on capturing the tailwinds in one’s sails.

In the current case, those gusts are coming from a new policy drift in China and reopening momentum across Asia.

In 1992, Deng Xiaoping famously proclaimed that China should “let some people get rich first”, thereby ushering in an era of opening up and market economy development.

Nearly three decades later, China has minted almost 700 billionaires and more than five million millionaires in US dollar terms – the second-most globally, behind the United States.

Now that “some people” have become rich, President Xi Jinping is embarking on the next step in China’s development – “common prosperity”.

While details are scant and anxiety will surely remain, China is unlikely to repeat the extreme left and egalitarian policy of the Mao era. In a statement released after a meeting of the Communist Party’s Central Committee for Financial and Economic Affairs in mid-August, Mr Xi said: “We can allow some people to get rich first and then guide and help others to get rich together…

“We can support wealthy entrepreneurs who work hard, operate legally and have taken risks to start businesses… but we must also do our best to establish a ‘scientific’ public policy system that allows for fairer income distribution.”

To this end, the policy focus will shift towards building a stronger social safety net, improving worker protections, increasing accessible housing and providing access to quality education and healthcare.

For the wealthy strata, the redistribution focus could herald a clampdown on illicit income, an increase in asset-based taxation, and possibly a property tax and an inheritance tax.

An emphasis on charitable donations from corporations and wealthy citizens, which constitute the so-called third distribution of income, has already begun.

Tech giants are leading the charge, with pledges totalling 100 billion yuan (S$20.8 billion) each from Alibaba and Tencent, and 10 billion yuan from Pinduoduo. Many others will likely follow suit.

The intended outcome is an “olive-shaped” distribution that is fat in the middle and thin at the top and the bottom.

Such a strategic shift, if well executed, should accelerate the consumption upgrade of the lower and middle classes and further support the tech sectors that align with policy goals.

As it stands, smaller firms and younger entrepreneurs are seizing the moment. In the past year alone, tens of thousands of start-ups have opened for business across the semiconductor, cloud computing and artificial intelligence sectors.

Zhejiang province, home to a thriving private sector, has been chosen as a pilot zone to showcase how all this will work. If the local government’s proposed policies are any indication of the future national roll-out, opportunities may emerge in certain areas.

MORE ON THIS TOPIC
Multiplying crackdowns haven’t stopped cash pouring into China
Opportunities in China stocks but investors should be cautious: Investment managers

But time is needed to tell how the earnings and business models of incumbents are adapting to the new policy environment.

Third, greentech initiatives, including local peak carbon emissions plans, will likely remain in focus to achieve more sustainable economic development. This should keep the clean energy industry in favour for the authorities and investors alike.

On the other hand, the high-end luxury segment and the property sector could face headwinds.

Across Asia, inoculation rates are speeding ahead. Singapore is leading the pack, with over 80 per cent of its population fully vaccinated.

Elsewhere, many countries like Malaysia and Japan – both nearing 50 per cent full vaccination – are on track to hit thresholds that will likely allow their economies to open up later this year or early next year. This gives hope that the economic rebound in the region will continue into next year.

Investors should stay patient and keep their portfolio tilted to stocks that will benefit most from the thawing of pandemic-related restrictions. Such industries include capital goods, construction materials, consumer services, transportation, banks, and metals and mining.

In terms of markets, we think Japan, Malaysia, and India have the most upside. Investors can also consider exposure to commodities and oil-related equities.

Overall, the global macro environment remains conducive for risk assets. Opportunities are out there and shifting – investors just need to be attuned to the winds of change as policies and politics evolve.