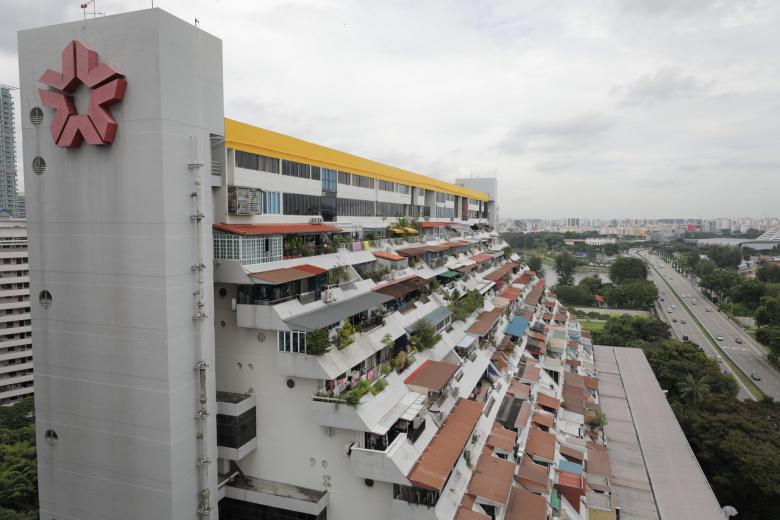 SINGAPORE – The iconic Golden Mile Complex at Beach Road, which was gazetted as a conserved building in October, is up for collective sale again at the same reserve price of $800 million after its last attempt ended with no bids.

The 16-storey building with 718 strata-titled units has 47 years left on its lease. Its owners last launched an en bloc sale in October 2018, but the two tenders in that first round closed without buyers in July 2019.

The collective sale was reactivated immediately in August 2019, with the collective sale committee and marketing agent Edmund Tie continuing to provide feedback to the Urban Redevelopment Authority (URA) on the proposed conservation.

At $800 million and depending on the proposed use mix, the indicative land rate will work out to about $1,350 per square foot per plot ratio including differential premium and lease upgrading premium payable.

There is no additional buyer’s stamp duty payable for buying the site as Golden Mile Complex is zoned for commercial use. There are also no restrictions on foreign ownership.

The site will have a maximum potential gross floor area of 81,000 square metres. Additionally, a new 30-storey tower can be built beside the conserved building.

Developers have to abide by the conservation guidelines for Golden Mile Complex. But URA is offering additional planning incentives including a one-third increase in floor area with full tax waiver for the conserved floor area, a partial tax waiver for new floor area, lease renewal for a fresh 99 years, and the option to adjust the boundary of the 1.3 ha site.

“The incentive package is unique to Golden Mile Complex, as its conservation is the first of its kind, another pioneering endeavour,” Minister for National Development Desmond Lee said in October when he announced that the building had been conserved.

“We hope that developers will consider the potential of the site, alongside our vision to rejuvenate a national icon,” the minister added.

Ms Swee Shou Fern, executive director of investment advisory at Edmund Tie, said: “Golden Mile Complex is a national icon that has shaped the visual character of our built landscape. Its distinctive architecture and worldwide iconic status will offer tremendous potential to transform the property to a vibrant destination integrating work, live, and play elements.

“Besides financial incentives in the form of development charge waivers, the (conservation incentives) package offers the developers flexibility in the use mix as well as design flexibility by allowing reconfiguration of the site boundary,” she added.

The current tender will also include a building study of Golden Mile Complex, undertaken by URA, to guide bidders in factoring in rehabilitation works in their evaluation.