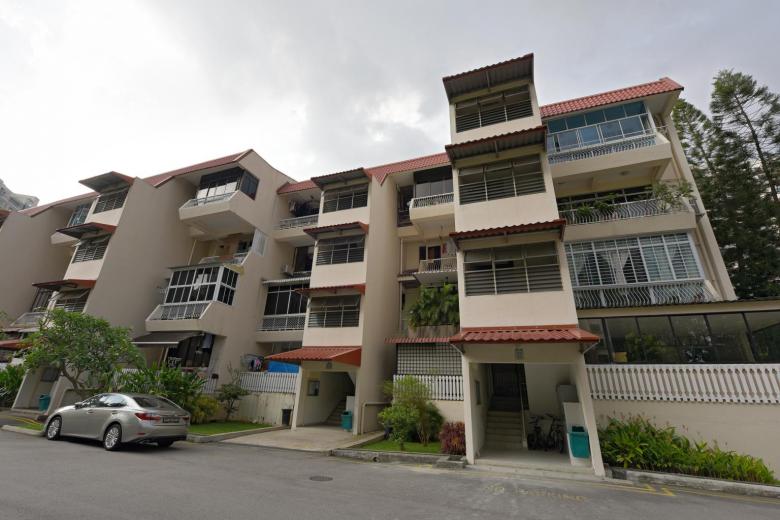 SINGAPORE – Chuan Park Condominium, a 99-year leasehold project in Lorong Chuan, has secured an 80 per cent mandate for its third collective sale bid, after raising its reserve price to $938 million from $900 million.

As at Sept 4, 579 owners making up 81.33 per cent of total share values and 80.39 per cent of the total area of all lots in Chuan Park have signed the collective sale agreement.

Chuan Park failed in its 2018 sale bid with a guide price of $900 million, and subsequently lowered the price to $820 million.

“Since launching the first EOGM (extraordinary general meeting) in early October 2019, the CSC has diligently tracked land sales indexes as well as property market developments, and where the market has moved upwards, we have done research to ensure a suitable response to these changes,” the Chuan Park CSC said in the July 13 letter.

But the CSC has further raised the guide price to $938 million “as this is sustainable and still within the tolerance threshold of developers, given our location and the current market conditions”.

“The most recent government land sales exercise has been extremely encouraging, particularly in the case of the Ang Mo Kio residential site, which concluded at $1,118 psf ppr (per square foot per plot ratio), a result exceeding any previous awards where pricing for out-of-city centre plots generally stayed below the $1,000 psf mark,” the CSC said.

With no development charge payable, the land cost works out to about $1,042 psf ppr, after factoring in the 7 per cent bonus GFA, according to marketing agent ERA.

Collective sale activity among private residential condominiums has been heating up this year, with Braddell View set to convene an EOGM on Oct 8 to form its collective sale committee for its second attempt.

The 920-unit Braddell View, which was privatised from Singapore’s last and biggest privatised Housing and Urban Development Company estate, failed in its initial collective sale bid as there were no bidders for the mega site at $2.08 billion, or a land rate of $1,199 psf ppr.

Meanwhile, the 596-unit, 999-year Cashew Heights condominium in Upper Bukit Timah is now trying to get an 80 per cent mandate to launch a collective sale at $1.9 billion after its attempt in 2018 at $1.88 billion failed.

Owners stand to get between $2.8 million and $3.29 million each depending on the size of their units, according to an Aug 12 document showing the apportionment of sale proceeds based on the $1.9 billion reserve price.