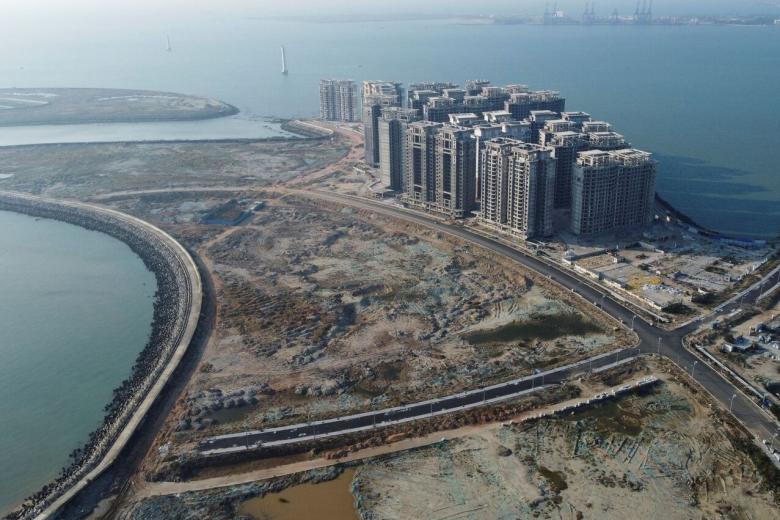 A Logan Group Company note due in 2023 sank 11.5 US cents to 65.5 US cents after Debtwire reported that the developer could be on the hook for US$812 million (S$1.1 billion) of guarantees on outstanding obligations due till 2023. The firm, which has the equivalent of a BB rating at all three major credit risk assessors, denied both the report and market speculation that the company has privately sold debt.

Mounting concerns about the transparency of China’s better developers is forcing bond holders to question the liquidity of firms whose finances appear sound. More debt would mean more creditors, some of whom could demand early repayment.

There is also the risk that hidden liabilities such as trust loans, private bonds or high-yield consumer products receive preferential treatment over money owed to offshore creditors. China Evergrande Group, Kaisa Group Holdings and Shimao Group Holdings have all faced such obligations.

Already fragile investor confidence has taken a battering this year, effectively keeping the dollar bond market shut for developers. This has left the sector with limited refinancing options, increasing the risk of companies failing to pay debt on time.

Real estate financing received by developers plunged about 19 per cent in December from a year earlier, the sharpest decline in more than seven years, according to Bloomberg calculations based on full-year government figures released on Monday.

Home sales by value declined 19.6 per cent in December from a year earlier, a sixth consecutive monthly drop, while property investment shrank 14 per cent.

At least seven developers have defaulted on dollar bonds since October. This includes Evergrande, whose crisis has ensnared lender China Minsheng Banking, the world’s worst-performing bank stock. Guangzhou R&F Properties was downgraded to restricted default by Fitch Ratings last week due to what the ratings firm called a distressed debt exchange.

Chinese property firms need to repay or refinance some US$99 billion of local and offshore bonds this year. Just under half of that is outstanding dollar debt, Bloomberg-compiled data shows.

An index of property shares slumped 1.7 per cent on Monday as an interest rate cut by China’s central bank did little to assuage investors. Country Garden tumbled more than 8 per cent to an almost five-year low, while Logan shares slid 5.6 per cent. The gauge fell 34 per cent last year, its worst since the global financial crisis in 2008.