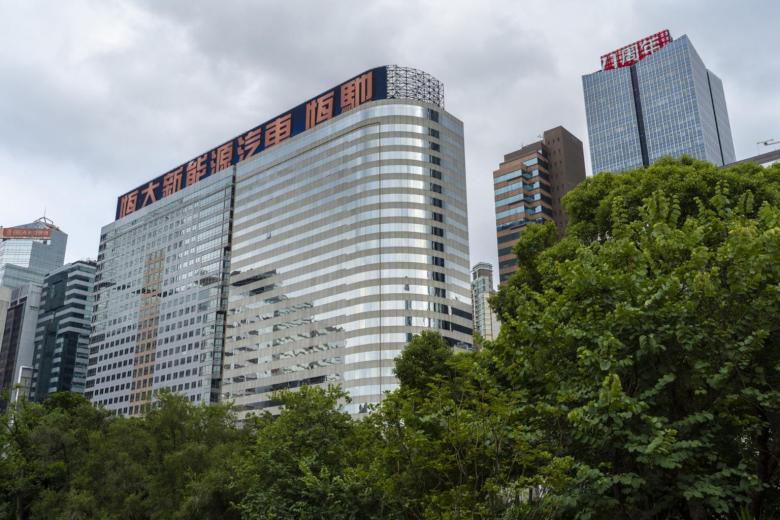 BEIJING (BLOOMBERG) – Chinese regulators have instructed major creditors of China Evergrande Group to conduct a fresh round of stress tests on their exposure to the world’s most indebted developer, according to people familiar with the matter.

Authorities led by the Financial Stability and Development Committee, China’s top financial regulator, recently told lenders including Industrial & Commercial Bank of China to assess the potential hit to their capital and liquidity should Evergrande run into trouble, the people said, asking not to be identified discussing a private matter. It is unclear whether the results will lead to any official action.

While it is not the first time regulators have required banks to report their Evergrande exposure, the directive suggests concerns about the company’s financial health have become serious enough to once again reach the upper levels of China’s government.

Evergrande bonds and shares have slumped in recent weeks amid a drumbeat of negative news, from late payments on short-term debt by some of its affiliates to a media report that authorities are scrutinising the developer’s dealings with a bank in which it owns a major stake.

Angst over Evergrande’s debt pile is resurfacing about nine months after the last liquidity scare at billionaire Hui Ka Yan’s property behemoth, which reached a deal with investors in September to avoid repayments that would have placed a significant strain on the junk-rated company’s balance sheet. Evergrande’s dollar bonds rallied at the end of last year and had traded in a relatively stable range until they began tumbling anew at the end of May.

In a response to questions from Bloomberg, Evergrande denied that regulators had asked banks to perform stress tests without saying how it knew that to be the case. The company added that its operations remain normal, echoing a statement earlier this week.

The developer has said that it was compliant in dealings with Shengjing Bank, the lender in which it owns a stake, and that various “rumours”, including that it was resorting to widespread price discounts, are false. Evergrande has said it will arrange payment of a “very small amount” of commercial paper issued by some affiliates that had not been repaid on time.

Evergrande shares fell as much as 3.3 per cent on Wednesday morning (June 9) in Hong Kong. The stock has tumbled 58 per cent from a peak last July. The company’s dollar note due 2025 rose 0.5 cents on the dollar to 73.9 cents, paring some losses after falling to an eight-month low the previous day, Bloomberg-compiled prices show.

Evergrande creditors including ICBC and China Minsheng Banking did not immediately respond to requests for comment. Nor did the People’s Bank of China (PBOC) and the China Banking and Insurance Regulatory Commission (CBIRC).

Evergrande has long been a source of angst for Chinese regulators. In 2018, the PBOC singled out the company along with HNA Group, Tomorrow Holding and Fosun International as businesses that might pose systemic risks to the nation’s financial system.

Evergrande’s complex web of liabilities – including dollar bonds, bank loans and down payments from homebuyers – swelled to 1.95 trillion yuan (S$403.42 billion) at the end of last year, about 77 per cent of which was due within 12 months, according to its annual report. As much as 81 per cent of Evergrande’s debt due in 2021 is in the form of bank loans, according to Bloomberg Intelligence analyst Kristy Hung.

With more than US$20 billion of offshore bonds, Evergrande stands alongside China Huarong Asset Management as one of the most prolific Chinese issuers of dollar debt. Like Huarong, it is also considered a litmus test of the government’s willingness support embattled borrowers as it tries to balance sometimes competing goals of maintaining financial stability and reducing moral hazard.

The recent bout of market volatility surrounding Evergrande intensified at the end of last month after a report from Caixin Media’s WeNews that the CBIRC is examining more than 100 billion yuan of transactions between Evergrande and Shengjing Bank. The lender holds large amounts of bonds issued by Evergrande, WeNews reported, citing unspecified sources.

Investor concerns about Evergrande’s access to funding have also increased as the developer has fallen behind peers in meeting regulatory borrowing limits known as the “three red lines”.

The company remained in breach of all key measures for debt levels at the end of last year, even as almost half of the country’s 66 major developers met them, up from 14 six months earlier, according to data compiled by Bloomberg.

Evergrande said last week it would try to meet at least one of the red lines by the end of this month.