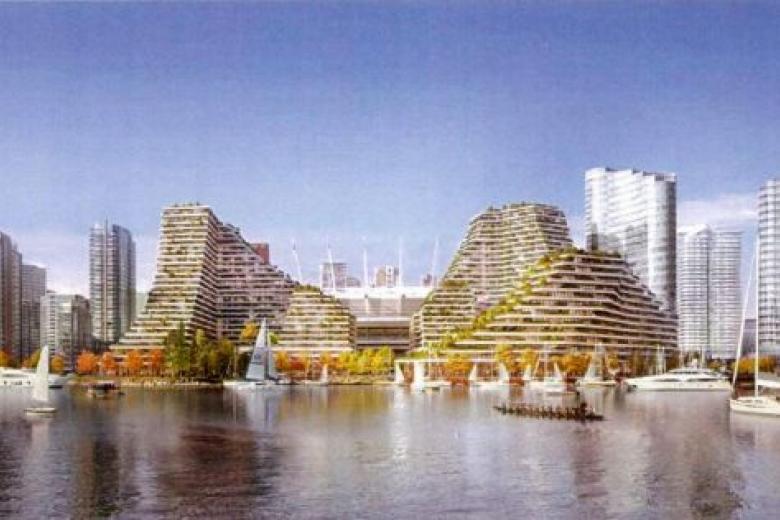 VANCOUVER (BLOOMBERG) – A Canadian appeals court ruled against Concord Pacific Group, one of the country’s biggest property developers, in its long-running dispute with Singapore tycoon Oei Hong Leong over a failed US$1.1 billion (S$1.5 billion) waterfront project in Vancouver.

The future of the site – a singular, undeveloped swathe in the heart of one of the world’s most expensive cities – remains cloudy. An unusual dissenting opinion in the latest decision warns the outcome is indefensible and far-reaching. That may potentially bolster Concord Pacific, which intends to ask Canada’s top court to hear the case.

Meanwhile,Mr Oei faces a separate lawsuit from another developer, who alleges they were to develop the same tract. A majority decision by British Columbia’s Court of Appeal on Tuesday (Jan 18) rejected Concord Pacific’s attempt to overturn a 2019 ruling that had dismissed its claim against Mr Oei and his associated company. Concord claimed they breached an agreement to build out the lucrative site.

Two judges backed the lower court’s earlier decision, which concluded their pact wasn’t legally binding. But the third, Justice Sunni Stromberg-Stein, issued a strongly worded dissenting opinion, warning that the outcome “could have an enormous impact on the business community” and that the initial judge had made “inextricable errors” and overstepped in undermining an enforceable agreement between sophisticated businesspeople.

She said the court’s findings could render initial commercial agreements in complex, multiyear, multibillion-dollar projects meaningless or uncertain. “This is untenable,” she wrote.

Mr Oei said in a statement he was glad the legal process was coming to an end. It may not yet, though, as Concord Pacific plans to seek permission to appeal to Canada’s Supreme Court.

The dispute stretches back to 2015, when Mr Oei and Concord Pacific chief executive officer Terry Hui signed an initial agreement that envisioned jointly developing the site, which stands virtually empty.

The partnership had plans for a C$1.4 billion (S$1.5 billion), two million-square-foot condo development, but the deal quickly soured and triggered lawsuits within months.

The ensuing legal battle stretched across to Singapore courts, embroiled a Hong Kong executive at Deutsche Bank, and provided a rare glimpse into the backroom dealings of Vancouver’s high-stakes development industry.

Few sites match the potential of the 13-acre waterfront tract. Few, too, are as storied.

Known as the Plaza of Nations, the site was centre stage for a World Expo in 1986 that helped put the coastal Canadian city on the radar of Hong Kong billionaire Li Ka-shing, who snapped up the fairgrounds for C$320 million and set up Concord Pacific to redevelop the sprawling lands.

Investors and immigrants from Asia followed his lead, setting off a 3-decade property boom that profoundly reshaped the city physically, demographically and economically.

Among those was Mr Oei, who bought the Plaza of Nations site from Mr Li for C$40 million in 1989. Mr Oei told the court he bought the plot as a long-term investment he could live off to allow him “to retire and live in Vancouver”.

It would turn out to be a remarkable bet. As Concord Pacific developed the surrounding swathe of lands into a thicket of gleaming luxury condos, Mr Oei bided his time, leaving the parcel – little more than a concrete lot and a now-shuttered casino – virtually untouched as it turned into one of the potentially most lucrative development sites on the continent.

In the spring of 2015, Mr Oei – a dealmaker who had no experience in real estate development – began to look for a local partner to build out the site. He began sounding out Vancouver’s most prominent developers, including the billionaire Aquilini family, Ian Gillespie’s Westbank and Concord Pacific, which Mr Li had exited by that point and was headed by Hui.

Mr Oei and Mr Hui, both of Chinese descent, shared cultural ties, communicating in Mandarin, and were linked by family connections – Mr Oei was friends with Mr Hui’s father. By May of that year, the two had struck what Mr Oei called a “happy price”, valuing his land at C$500 million. They signed an initial agreement that would see Concord Pacific take a 50 per cent stake in an Oei-controlled company owning the tract.

But it was also a peculiar match. Mr Oei had his education cut short when he was sent to labour in the countryside during China’s Cultural Revolution in the 1960s. In time, he returned to the family business in his country of birth, Indonesia, then in 1980, at the age of 32, he struck out for Singapore, where he built a fortune in mergers and acquisitions.

His business style was to bypass paperwork and formalities, cutting rapid deals on the basis of personal relationships – he struck the deal to buy the Plaza of Nations plot from Li in 5 minutes, he once told the South China Morning Post.

Mr Hui, by contrast, was a US college-educated engineer who’d evolved into one of Canada’s most sophisticated developers. Known to sport spiky black hair, skateboard in his suit, and kitesurf on Vancouver’s beaches, he once told the National Post he loves “anything with speed and a lot of fun”.

The partnership quickly soured. The two sides wrangled over the capital gains tax liabilities of a site that’d appreciated C$460 million in two decades. They couldn’t agree on how to share the costs of hefty concessions to be made to the City of Vancouver in return for favourable zoning rules to maximise the project’s profitability.

By late 2015, Mr Oei had brought two lawsuits in Singapore against Concord Pacific, alleging the developer had failed to make payments in breach of their agreement. Concord Pacific, in turn, filed suit in October 2015 in Canada, accusing Mr Oei and his company of violating the pact.

The two-page pact signed by Mr Oei and Mr Hui had read, “This agreement is binding.” Nevertheless, in July 2019, Supreme Court of British Columbia Justice Peter Voith sided with Mr Oei, concluding that it wasn’t binding because the document lacked terms essential to a properly formed contract. He also scathingly described a Concord vice-president and Hui’s key negotiator as “dishonest” in his trial testimony.

However, the nearly 50-day trial and thousands of pages of witness testimony and evidence – including from a Deutsche Bank executive – showed Mr Oei wasn’t always forthright.

The 2019 ruling acknowledged that when Mr Oei tried to obtain financing for the partnership with Deutsche Bank, he asked the lender to conceal details of the loan’s structure from Hui.

Concord argued that Mr Oei did so in an effort to set up a structure that would give Oei ultimate control and hold Hui personally liable at anytime if things went awry.

It also emerged that Mr Oei, after signing the agreement with Mr Hui, had proceeded to negotiate a deal with the Aquilini family valuing the Plaza of Nations land at C$450 million. Mr Oei contended that wasn’t in breach and that he was upfront about simultaneously exploring a backup partner. Further clouds linger over the property.

Mr Oei and his associated companies face a separate claim filed in 2019 by a smaller Vancouver developer, Li Lin, who says they struck an agreement to develop the tract in 2017. Mr Lin alleges that Oei promised to arrange a bank loan but deliberately caused the lender to reject the request in order to force him out of the deal. It would turn out the proposed lender was, again, Deutsche Bank, according Mr Oei’s response to the claim.

Mr Oei denies the allegation or any wrongdoing. A trial is scheduled to begin in January next year.

Mr Oei said in his statement Tuesday that the project is in the final stages of permitting. It’s not clear who next may step forward, if anyone, to joinMr  Oei to build it.

As Mr Gillespie, one of the main contenders initially passed over by Mr Oei, said in a 2018 affidavit: “This is a highly competitive industry with a narrow range of competitors.”

And so awaits the centrepiece of the Expo boom that set off Vancouver’s three-decade transformation into a glittering cosmopolis – a lingering holdout from its quiet, small-town past before the world’s tycoons descended.