4 Singapore property trends to watch in 2021 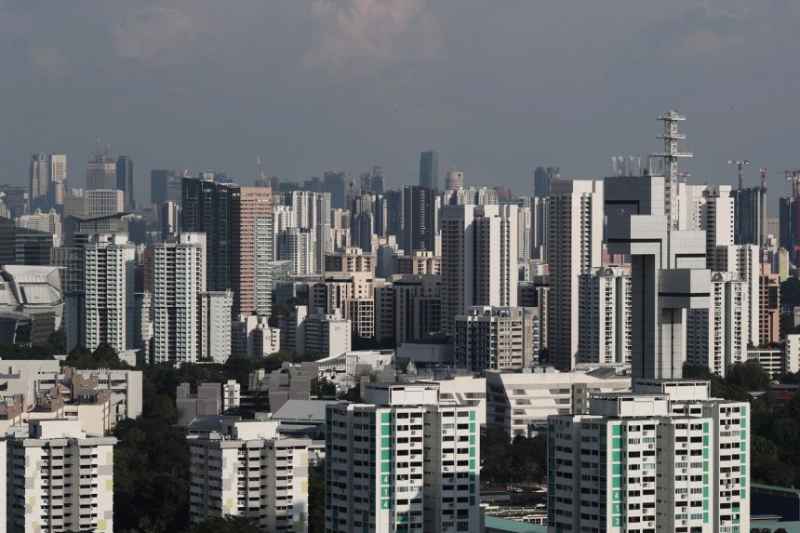 Singapore’s property market witnessed a roller-coaster ride over the past year. Home sales plunged to historical lows during the April and May circuit breaker period. But at the end of the movement restrictions, property buying activities rebounded strongly across many market segments.

Although the coronavirus may continue to cast a shadow over the broader economy, global markets have already looked past current headwinds and are banking hopes on the success of Covid-19 vaccines. The pandemic has accelerated some property trends and spawned new ones that may present attractive investment opportunities for buyers.

We offer a preview of how the property market here may fare this year, and the key trends to keep an eye on. Singapore’s property outlook hinges mainly on the country’s ability – and global collective efforts – to rein in Covid-19. The real estate market is poised for a steady recovery and further price growth if our economy rebounds strongly this year.

Singapore’s housing market is one of the sectors that are defying gravity. Despite the pandemic, we observed healthy sales for landed properties and the private and Housing Board markets.

We expect housing demand and buying sentiment to pick up further in the coming months on growing vaccine optimism and potential macroeconomic recovery.

On a macro level, many economies could emerge stronger from the worst global recession in living memory, although some are expected to bounce back faster than others this year. Many economists have observed a K-shaped, bifurcated recovery where some sectors are rebounding more quickly than others.

Under the K-shaped economic model, professional workers in high-growth industries involving technology, healthcare, fintech, logistics and software have continued to do well, whereas workers in hospitality, retail and bricks-and-mortar businesses are struggling for survival.

Monetary wealth has also grown for many ultra-high-net-worth individuals. According to a 2020 UBS/PwC Billionaires Insights report, the collective fortunes of billionaires soared by US$2 trillion (S$2.65 trillion) to US$10.2 trillion amid the Covid-19 crisis. Many bought superluxury homes and high-end properties, which may explain why our luxury home segment continued to perform well during the pandemic.

2. Diminishing home supply may continue to prop up prices

The oversupply risk in Singapore’s residential market may be easing soon. The number of new project launches slated for this year is expected to be lower than in previous years.

About 20 new developments may be released for sale in the first half of this year. In contrast, the last collective sale cycle notched a blockbuster performance in 2018 and 2019, with around 25 to 30 residential projects launched in each of the half years.

There will be fewer mega launches in the mass market and city fringe areas. Most big projects have already been launched during the past three years. Moreover, land sales have declined drastically in recent years.

The Government has also calibrated land supply from the Government Land Sales programme. Over the past two years, a conservative slate of land was released to maintain a moderate supply of units. For the first half of this year, about 1,600 new homes could be launched from the confirmed list, much fewer than the average of 2,700 units released in each half of 2018.

Many new projects redeveloped from the 2017 to 2018 spate of sales en bloc have already sold more than 70 per cent of their units.

With a healthy net absorption of new homes over the past three years, the higher take-up numbers against a conservative supply have resulted in fewer unsold, uncompleted private homes. The cumulative number of unsold units may be nearing its peak, and could start tapering this year.

With diminishing stock and the improvements in the macroeconomic outlook, the probability of home prices falling this year is not high. As it is, prices of private homes increased quarter on quarter by 2.1 per cent in the fourth quarter of last year, based on the latest flash estimates from the Urban Redevelopment Authority, after rising 0.8 per cent in the previous quarter. Overall private home prices rose 2.2 per cent for the whole of last year.

3. Final tranche of new homes to be released from latest collective sale cycle

There are several blockbuster launches to watch this year. These projects are among the final tranche of private homes to be launched from the 2017 to 2018 collective sale cycle.

Large, freehold prime sites are few and far between. Buyers who aim to snag a slice of the luxury home pie may have to wait for the next collective sale cycle – which usually occurs every eight to 10 years – should they miss the buying opportunity.

Park Nova may be closely watched as the development is built from the former Park House, which was sold en bloc for a record-smashing $2,910 per sq ft per plot ratio in 2018.

With almost 1,900 units, Normanton Park will perhaps be one of the highest-profile new launches this year. The project is by far the most extensive city fringe development in Singapore.

Other launches in the city fringe and mass-market regions include The Reef at King’s Dock, One-North Eden, The Ryse Residences and Phoenix Residences, and executive condominiums Provence Residence and Parc Central Residences.

4. HDB market emerging from the doldrums

The HDB resale market seems to be emerging from the doldrums after the Government released a slew of policy measures to improve housing affordability for Singaporeans and increase older flats’ attractiveness.

Despite the pandemic and the increasing supply of flats, HDB resale flat prices rose 1.5 per cent quarter on quarter in the third quarter of last year, after increasing marginally by 0.3 per cent in the preceding quarter.

The monthly resale volume hit more than 2,400 transactions for five consecutive months last year. Many sellers raised their asking prices amid the market exuberance and stellar sales in recent months. Several resale flats were transacted above valuation as many buyers paid cash over valuation for flats in popular locations.

Buying interest will remain healthy for lower-priced or attractively priced flats. For instance, some resale flats in non-mature estates drew strong buyer interest, especially in Yishun and Woodlands, where prices tend to be lower than in other housing estates.

The soft employment market may continue to see some families downgrading to HDB flats, but couples who are still doing well in their jobs may sell their flats and upgrade to private homes. We anticipate that the HDB resale volume may rise between 5 per cent and 10 per cent, to around 22,000 to 25,000 units this year. Prices of resale flats may increase by 2 per cent to 4 per cent.